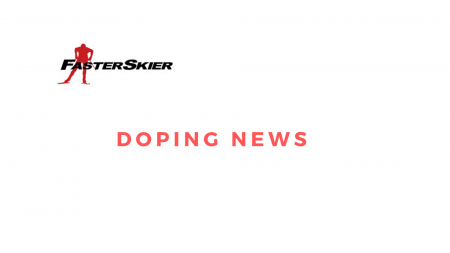 The Court for Arbitration in Sport (CAS) announced Thursday that three Russian biathletes implicated for doping at the 2014 Sochi Olympics had their lifetime bans overturned. The biathletes in question, Olga Vilukhina, Yana Romanova, and Olga Zaitseva were first handed lifetime bans in 2017 by the International Olympic Committee (IOC).

The McLaren Report included information tying the three athletes to doping. The IOC subsequently ruled the three Russians had committed an ADRV, or anti-doping rules violation. Their individual and team results were nullified and they were banned from all future Olympic Games. All three skiers have retired.

In the case of Romanova and Vilukhina, CAS stated: “that none of the acts alleged to have committed by these two athletes had been established to its comfortable satisfaction and beyond the mere suspicion of a potential ADRV.”

Prior to the 2017 IOC penalty, Vilukhin won the 2014 Olympic silver medal in the 7.5-kilometer sprint. That medal was subsequently stripped. Thursday’s CAS ruling reinstated individual results from the Sochi Games for both Romanova and Vilukhina. As a result, the silver medal will be returned to Vilukhina.

Zaytseva’s penalty was handled differently. CAS ruled Zaytseva had committed an ADRV for both swapping her urine for clean urine and using a prohibited substance. CAS clarified that Zaytseva would not have a lifetime ban, but would be “ineligible” for the 2018 Games after Sochi.

Beyond having her individual results not reinstated on Thursday, CAS maintained the IOC’s 2017 decision to nullify results from any team including Zaytseva at the 2014 Games. Zaytseva had teamed up with Romanova, Vilukhina, and Ekaterina Shumilova to win silver in the women’s 4 x 6 k relay in Sochi. That medal was stripped in 2017 – CAS upheld that penalty. Zaytseva was also on Russia’s fourth-place mixed relay team.

Zaytseva won gold medals in the 2006 and 2010 Olympic relays and a silver in the 2010 Olympic mass start. Those results are not impacted by the recent CAS decision.

October 20, 2020 by Reese Hanneman
Like most other states, a cross section of athletes racing in the Colorado High School circuit (CHSAA) looks relatively homogenous when it comes to ethnicity. The field is largely white. However, in stark contrast to skiers hailing from affluent mountain towns like Steamboat Springs, Aspen, and Vail, a team from Denver might catch your eye […]  > READ MORE
Nordic Nation: A Midlife Crisis in Biathlon with Craig Wiggers

October 19, 2020 by Reese Hanneman
A few weeks back, we featured an excerpt from a new book titled Nordic Warrior? A Midlife Crisis in Biathlon. Written by Ithaca, New York, based biathlete, Craig Wiggers, the book explores his love affair with biathlon which began midlife. Wiggers’ path to biathlon is as circuitous as they come. Raised in the deep south, Wiggers attended […]  > READ MORE
Competition Preparation from the Point of View of Ski Technicians

October 19, 2020 by Reese Hanneman
The start-line scene at the 2016 Vasaloppet with skis for 15,000 racers Below is an excerpt from a detailed article exploring “the problems of ski testing, measuring friction, and evaluating skis.” For first-timers, the linked article offers a glimpse into the technical side of the sport at the World Cup level. For those veteran wax-techs, […]  > READ MORE
SEE ALL ATHLETE POSTS
BUILDING CHAMPIONS